An introduction to ReactJS for beginners.

ReactJS is a Javascript Library for building User Interfaces. It was initially created by Jordan Walke in Facebook. First time it was used in 2011 to display the news feed.

It was then made public in 2013, and since then was used in thousands and thousands of different apps and websites, including Facebook, Instagram and even Battlefield game series.

What makes React so special? The core idea behind ReactJS is to provide a convenient way to describe UI of your application as a tree of encapsulated components.

Now you may see those terms and wonder, what does declarative mean, and what the heck is component.

Declarative is the opposite of imperative.

When you write imperative code you specify sequence of statements that should be executed in that order to produce desired result.

Opposed to that when you write declarative code - you describe what result do you want to get instead of specifying the steps needed to achieve that result.

Here is how same thing would look in ReactJS:

Good analogy is HTML, as it is a declarative way to describe layout of web pages.

Second important concept is component. In fact it is the central part of ReactJS paradigm.

Basically it’s an isolated piece of interface, that can contain some layout, some bound state and some logic. Component can be as simple as just a button or text input, or it can be complex and be composed from many other simpler components. 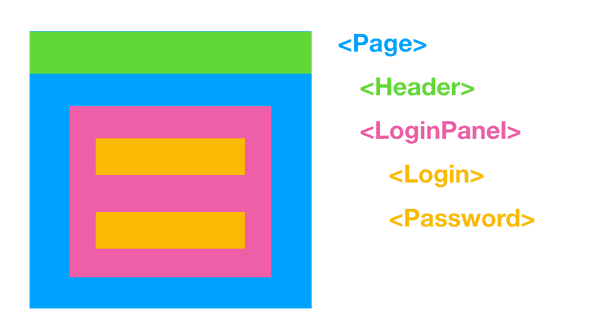 Components can have children components inside of them, that can have their children and so on.

This allows you to describe your application UI as a nested tree of components. 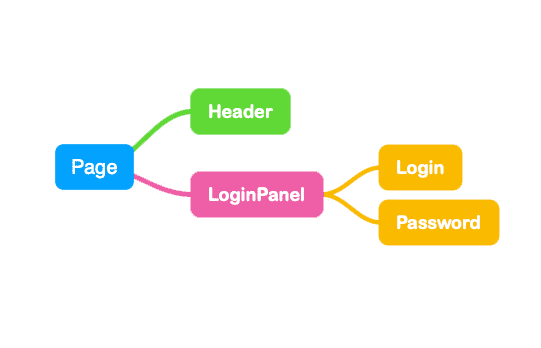